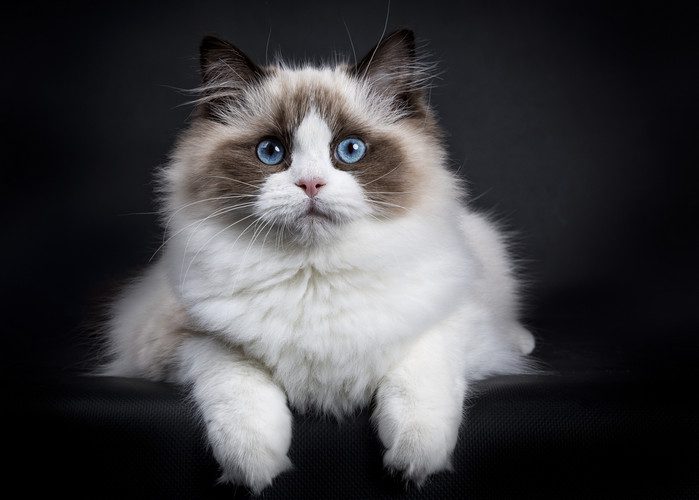 For anyone seeking a loving and gentle cat that is often likened to a dog or puppy for its propensity to follow its humans around, the Ragdoll cat is a perfect choice. (Some call the breed a “puppycat.”) These felines will run to greet their owners and follow them from room to room. These felines are not jumpers. Instead, they tend to be “floor cats”—preferring to lay near their owner’s feet, by their side, or on their laps. The name Ragdoll came from this feline’s tendency to go limp when picked up or petted.

Ragdolls are most often described as laid-back, affectionate, docile, gentle, and adaptable. This means they will fit into almost any household, including one with other pets and children. As one of the larger cat breeds (although not quite as large as the Maine Coon), Ragdolls are good cats for households with young children due to their larger size, calm demeanor, and tendency to play without extending their claws. They may even tolerate being dressed up and pushed around in a stroller! 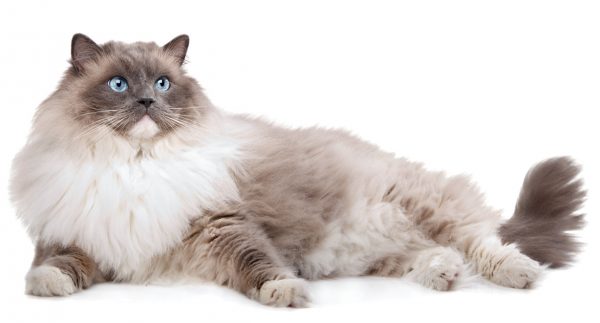 The Ragdoll is a large and well-proportioned cat with striking blue eyes. The wedge-shaped head is supported by a broad heavy neck. These felines have medium-sized ears with rounded tips. Their broad bodies are solid and heavy-boned with moderately long legs. The back legs are slightly longer than the front legs. Their paws are tufted with fur. These feline’s long tail looks like “a waving plume.” The coat is made up of soft, silky fur that is considered semi-longhaired. Their voice is described as soft and musical.

The Ragdoll coat is considered to be a semi-longhaired (medium length) coat. This breed can be a combination of four patterns and six colors—resulting in some gorgeous and varied combinations. The Ragdoll Fancier’s Club provides examples of Ragdoll colors and patterns on their website, which helps when trying to identify the various looks of these felines.

According to the Cat Fancier’s Association, the six colors for coat patterns are:

The four coat patterns are: 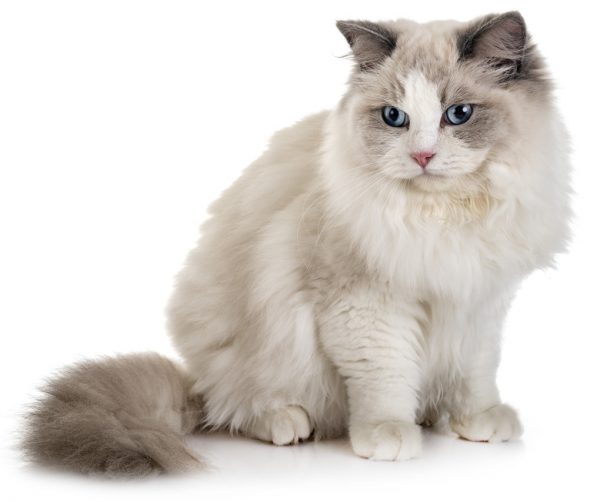 Below are some interesting facts about the Ragdoll cat breed. 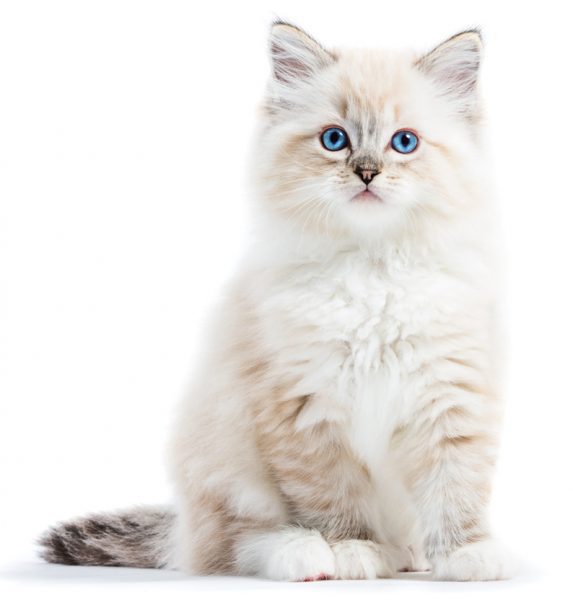 The Ragdoll is a fairly new cat breed. The breed was developed in the early 1960s in Riverside, California, by a breeder named Ann Baker. The “foundation” cat was Josephine—a primarily white cat with Siamese-type markings. Josephine was a rescue cat and was bred with other cats living in the household or that were found. The kittens born to Josephine had an extremely sweet temperament. Selective breeding of Josephine’s kittens (most notably Daddy Warbucks, Fugianna, and Buckwheat) created the first Ragdoll cats. All Ragdoll cats are descended from these cats.

However, Baker did not join traditional cat breeding associations and instead created the International Ragdoll Cat Association (IRCA)—an independent registry. She also chose and trademarked the name “Ragdoll.” However, Baker began alienating other Ragdoll cat breeders with her increasingly bizarre claims, including that the Ragdoll was a link between humans and aliens.

As a result, drama and tension grew with other Ragdoll breeders. In 1975, a group led by Denny and Laura Dayton broke away from the IRCA and worked to gain mainstream recognition for the breed. This splinter group is largely responsible for the current Ragdoll standard accepted by most major cat registries. (At one point, the breed was called the Ragamuffin due to Baker owning the rights to the Ragdoll name.) Regardless of the drama surrounding the early days of the breed’s development, the result is a sweet-natured cat with an appealing appearance. 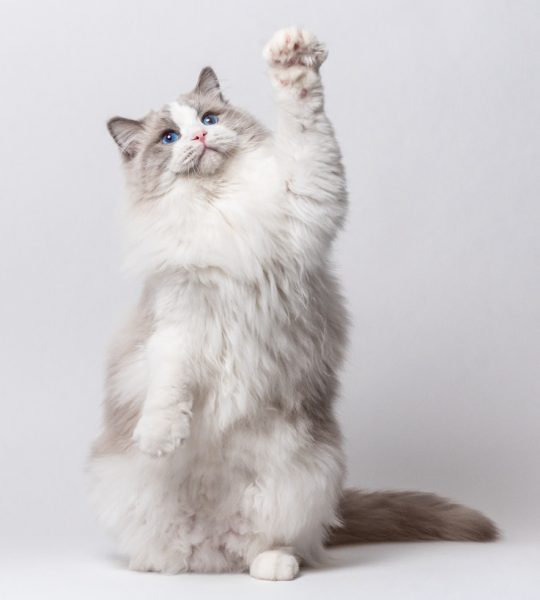 Caring for the Ragdoll Cat Breed

Once or twice a week, Ragdolls should be combed to remove tangles and mats. This should be fairly easy with this breed’s easygoing nature and love of human companionship. With the Ragdoll’s voluminous fur, potential owners may wonder “do Ragdoll cats shed?” The answer is “yes” but not excessively and not as much as might be expected from a feline with a semi-longhaired coat. This is due to a lack of a dense undercoat. As with most cats, they tend to shed more during a change of seasons, especially in the spring.

In addition to weekly combing sessions, owners should trim their Ragdoll’s nails every two weeks or so and keep their ears clean. To avoid dental issues, owners should also regularly brush their teeth with a toothpaste formulated for cats.

With moderate exercise needs, the Ragdoll enjoys playtime, including wand toys and games of fetch. Regular playtime will help to keep these felines healthy and at a good weight. Because of their love of human company, a Ragdoll cat prefers playtime that involves their humans.

The Ragdoll cat lifespan averages 12 to 15 years. Overall, Ragdoll cats are healthy. However, as with all felines, they need to see a vet for routine check-ups and should receive all the recommended core vaccines, including the FIV vaccine.

Some possible health concerns for Ragdoll cats include:

The beautiful Birman cat and Himalayan cat breed are sometimes mistaken for the Ragdoll cat with similar markings and beautiful blue eyes.