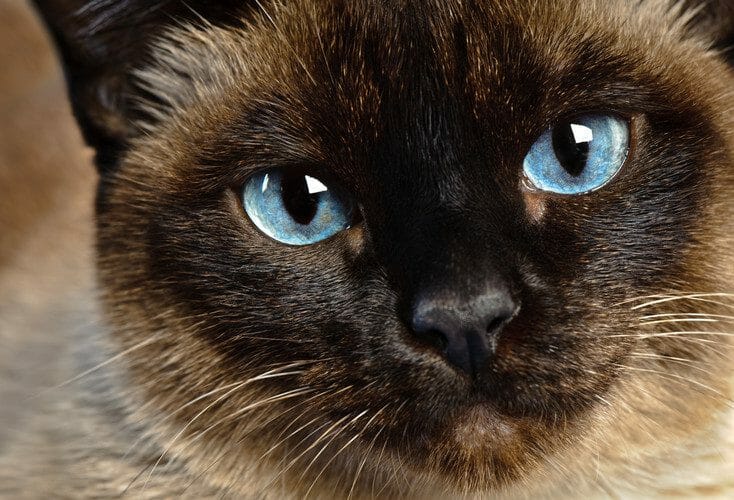 The beautiful and intelligent Siamese cat is affectionate and lavishes plenty of attention on its owner. However, these felines demand affection and attention in return. Like other intelligent felines, these cats know its own desires. Their intelligence is such that it can often be taught to walk on a lead.

These playful cats require lots of toys to keep them entertained. They can easily be taught how to play fetch. Because of its need for attention, these felines should not be left alone for too long. These felines will thrive in an environment where there are other pets to keep it company. These felines do not fare well outdoors, so it is advisable to keep them indoors.

Siamese cats have a long, lean, muscular body with thin tails and limbs. This, combined with the distinct colorpoint patterns, make the breed easy to recognize. With dark fur on the tail, legs, and around the face and ears, the Siamese has an air of mystery to it. One of the most distinguishing features of the breed is its striking blue eyes.

Although many of these felines have a cream-colored body and dark colors on its points (e.g., ears, paws, tail, and face), four combinations are officially recognized. Siamese cat colors include:

A Flame Point Siamese (also called a Red Point Siamese) has a red colorpoint pattern. However, many cat registries do not officially recognize this rare coloring.

Many potential owners will ask “are Siamese cats hypoallergenic?” Although no cat is truly suitable for allergy sufferers, this breed does produce less of the Fel d 1 protein associated with allergies and its short hair limits the amount it sheds.

History of the Siamese Cat

Originating in Siam (now Thailand), descriptions and illustrations of the Siamese cat (or the Wichienmaat) first appeared in a series of ancient manuscripts known as the “Tamra Maew.” These manuscripts are believed to have originated in the Ayutthaya Kingdom between 1351 and 1767.

At the end of the Burmese-Siamese war in 1767, the city of Ayutthaya was sacked, and the Siamese nobility and royal family were taken captive. The King of Burma learned that Thai cats, including the Siamese, were highly revered and believed to bring wealth to their owners. This led the king to instruct his army to round up all the cats and deliver them to Burma.

The first of the breed to be exported to the United States was gifted to President Rutherford B. Hayes in 1878 by the American Consul in Bangkok. In 1884, a breeding pair was sent to Great Britain and shown at the Crystal Palace Show.

Siamese have been portrayed in popular culture, most notably in Disney movies such the “Lady and the Tramp” and “The Aristocats.” The breed is also featured in the children’s animated TV series “Sagwa, The Chinese Siamese Cat,” which is based on a children’s book of the same name by Amy Tan. 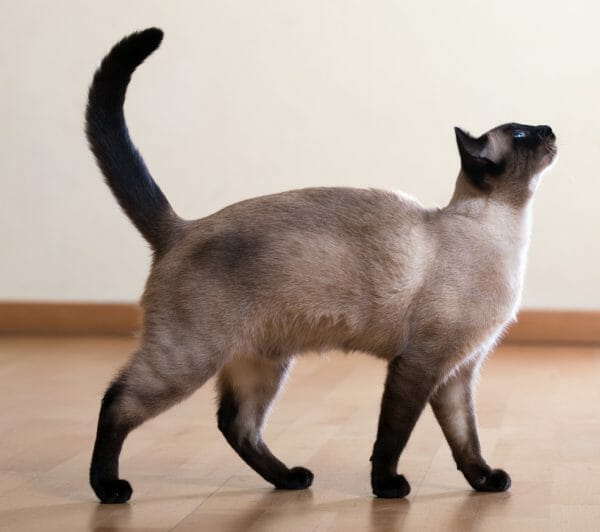 Although generally healthy, there are several conditions known to affect the breed.

Through the efforts of many Siamese cat breeders, many genetic health problems are now rare. 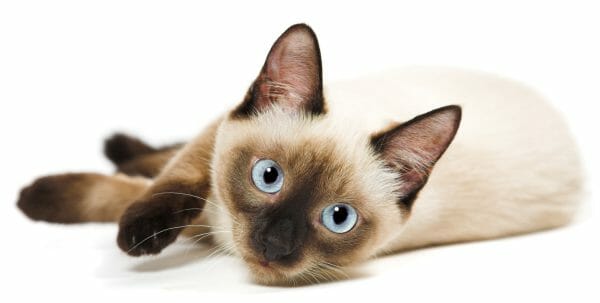 How Long Do Siamese Cats Live?

The Siamese cat lifespan is quite long. This breed generally lives between 15 and 20 years, with some living even longer. To ensure a long and healthy life, it is important that the feline has regular assessments from a veterinarian to ensure there are no clinical signs of serious health concerns. In addition, core vaccines (such as those for rabies and distemper) should be administered. Heartworm medication should be provided monthly, along with flea and tick preventatives if appropriate.

Breeds Derived from the Siamese Cat

There are several popular feline breeds that are derived from the Siamese, including: 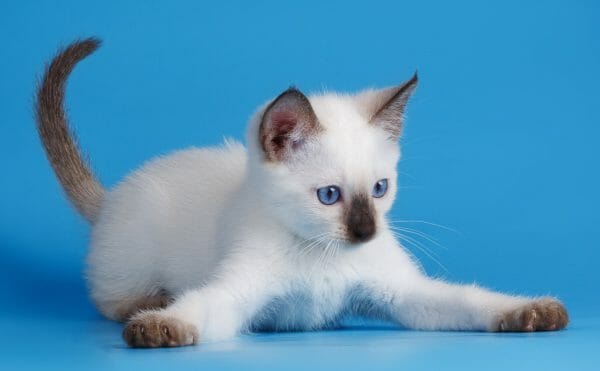 Finding a Siamese Cat for Sale

However, it is always important to ensure that an animal comes from a no-kill shelter. This type of rescue center will never euthanize a healthy animal and will always endeavor to ensure that any Siamese cats for adoption find a new home. If you’re interested in a feline related to the Siamese (such as a Bengal, Burmese or Himalayan), consider that a shelter may be the best option as the Bengal cat price can run as high as $1,500 to $3,000 per kitten.