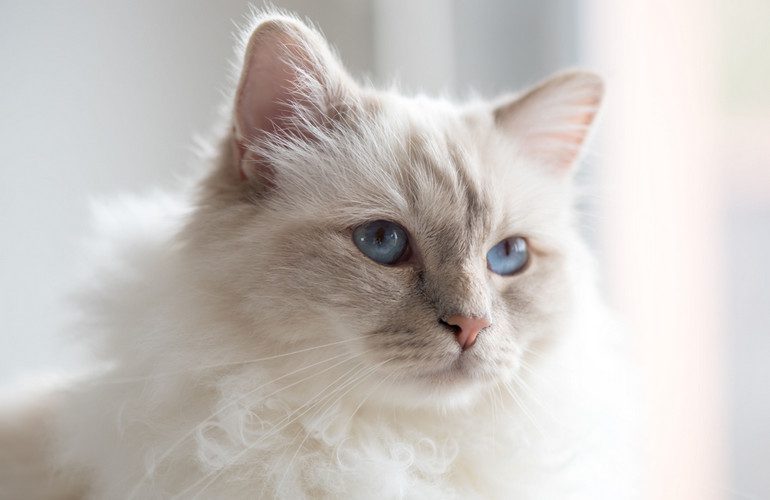 The Birman cat is an affectionate breed known for its calmness. Able to adapt to any home, the Birman loves being around people and enjoys playing with other cats. This friendly feline gets on well with children and dogs. Unlike many other breeds, Birmans do better when there are other pets in the home. For this reason, the breed has made its way onto the list of 10 most popular cat breeds.

In comparison to other cats, Birmans do not demand attention. However, they will come to their owner to be petted. Keeping a Birman entertained is important as they like to be active. Therefore, be sure to provide interactive toys that challenge the cat’s intelligence.

History of the Birman Cat Breed

There are no clear records of where the Birman breed originates. However, these felines are commonly thought to come from Northern Burma (now Myanmar), where they were kept as companions for the temple priests in the Mount of Lugh.

The breed eventually found its way to France. It is believed that a pair of Birmans may have been given as a reward after the temple was defended. An alternative theory is that they were smuggled out by one of the Vanderbilts.

Later, another pair of Birmans were believed to have been stolen and shipped to France by Thadde Haddish. The first historical reference of Birmans goes back to Nice, France, where they were owned by Madame Leotardi in the 1920s. In Europe, Birmans go by their traditional name—the Sacred Cat of Burma.

During World War II, the breed almost became extinct. There were just two cats left in Europe following the war. The pair were named Orloff and Xenia de Kaabaa and belonged to a breeder named Baudoin-Crevoisier. All post-war Birmans descend from this French pair. To rebuild the Birman breed, the pair were crossed with long-haired cats, including Siamese and Persians. From the early 1950s, Birman purebred cats once again became plentiful. In time, Birmans were used to help develop other cat breeds, including the Ragdoll.

In 1959, the Birman breed was imported to the United States for the first time. In 1967, they were officially recognized by the Cat Fanciers’ Association.

These medium-sized cats have a silky, semi-longhaired coat that can come in 20 different colors. Birmans are always pointed, with color on the ears, face, tail, and legs. The coat is generally cream. However, this depends on the color point. The most popular color is the original seal-point. Birmans can be found in the following colors:

Torbie and tabby patterns have also been introduced, and some breeders have tried to develop cinnamon, fawn, and silver variations. The most distinguishing feature of a Birman is their white socks and gloves.

The ears of a Birman are moderately set on the cat’s broad head, and their round eyes are sapphire blue. There are many similarities between Birmans and Ragdolls. The typical Birman cat weight is anywhere between 6 and 12 pounds. 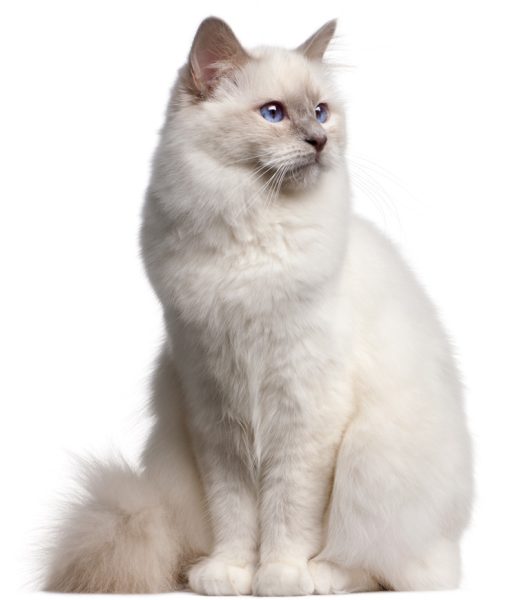 For anyone wondering, “do Birman cats shed?” The answer is yes. Birman cats are not a hypoallergenic cat breed and will not be a suitable pet for anyone that suffers from allergies.

For the Birman cat, grooming is important. The soft silky coat will require weekly brushing. While the Birman kitten is still young, grooming should be introduced. When started from a young age, the cat will generally enjoy the grooming experience and relish the extra attention from its owner.

In addition to grooming the feline’s fur, nails should be trimmed every couple of weeks. The Birman’s eyes may occasionally accumulate discharge. This will need to be cleaned using a soft, damp cloth. Use a separate part of the cloth on each eye to prevent any infection from spreading.

It is important to ensure that a Birman’s litter box is always kept clean as they can be quite particular when it comes to hygiene.

Birman cats are best kept as indoor cats. This will help to protect them from catching diseases from other cats, being attacked by another animal, getting hit by a car, or being stolen.

The Birman cat lifespan is typically between 12 and 16 years. In general, Birmans are healthy felines. As with all cats, they should get core vaccinations (including those for feline panleukopenia and feline leukemia). However, there are some health complications to which Birmans are predisposed. Some possible Birman cat health problems are described below. 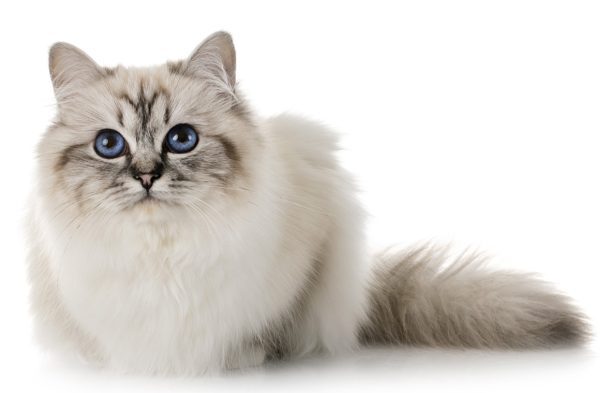 Although there will always be plenty of breeders that will have a Birman cat for sale, prospective owners should look to adopt rather than buy. One suggestion is to look for a Birman local cat rescue center or no-kill shelter that has a policy of not euthanizing healthy animals.