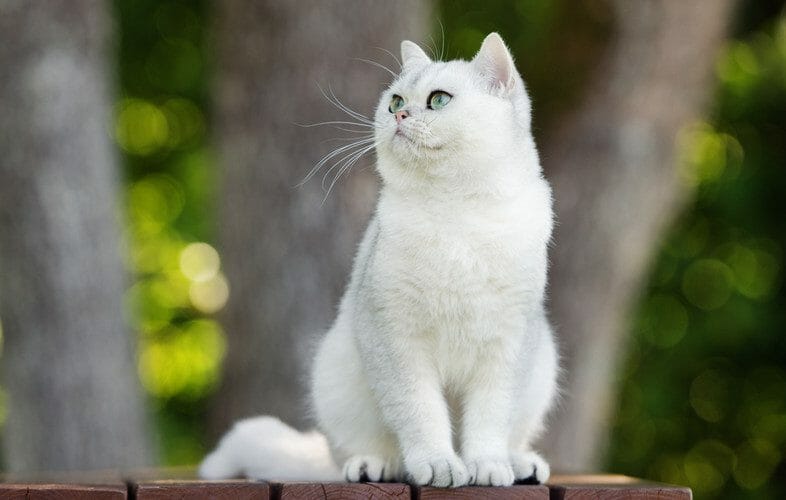 Laidback and easy-going, the intelligent British Shorthair enjoys attention from its owners but is not known to be needy. Although they enjoy the company of humans, they are not lap cats. Instead, they prefer to sit beside their owners and follow them around the home.

British Shorthairs reach maturity later than many other cats. This means they will act like a kitten well into adulthood. Eventually, older British Shorthairs become more sedate, although males are typically more boisterous than the quieter females. 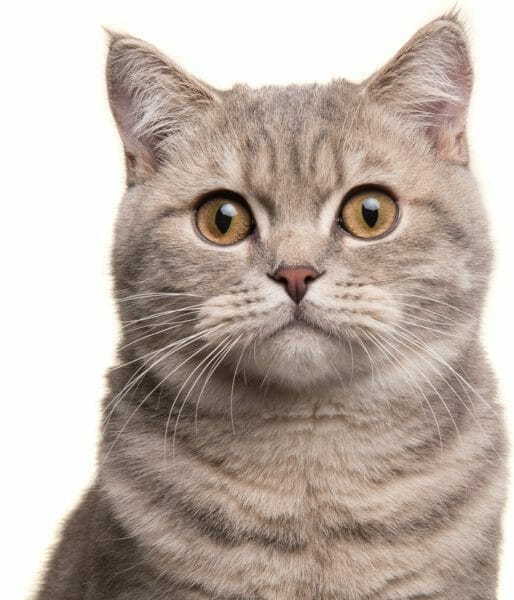 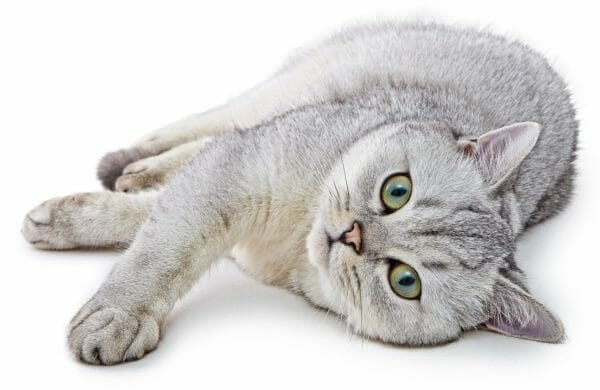 It is believed that the British Shorthair cat is one of the world’s oldest identifiable breeds, dating back to the first century AD. Imported by the Romans, they were used for chasing mice and snakes away from camps. Once they settled in Britain, the cats bred with local wildcats. Over time, their descendants grew larger and developed short thick coats to withstand the British winters.

Breeders in the 19th century focused on creating the best examples of the breed, developing a blue-gray variant known as the “English Type” or “British Blue.” Artist and cat fancier Harrison Weir is largely credited with standardizing the breed. In 1871, he held the first cat show at the Crystal Palace in London where the new British Shorthair was featured.

As Persians and other long-haired cats started becoming popular in Britain in the early 1900s, the British Shorthair’s popularity waned. By World War I, the breeding stock numbers shrunk, and outcrossing with Persians started to occur. This resulted in the establishment of the British Longhair. Outcrossing with Russian Blue also occurred around the same time.

Following the war, the Governing Council of the Cat Fancy began to only allow third-generation British Shorthair and Persian crosses to maintain standardization. By World War II, there was another breeding stock shortage. Once again, Russian Blues and Persians were used to bolster numbers.

To rebuild the breed after the war, the French Chartreux was also used. This ancient breed was unrelated genetically to the British Blue. However, it did have a similar appearance.

By the 1970s, the Cat Fanciers’ Association and the International Cat Association had formally recognized the distinctive British Shorthair. According to the Governing Council of the Cat Fancy, by 2013 the breed had returned to its position as the most popular breed in the United Kingdom. 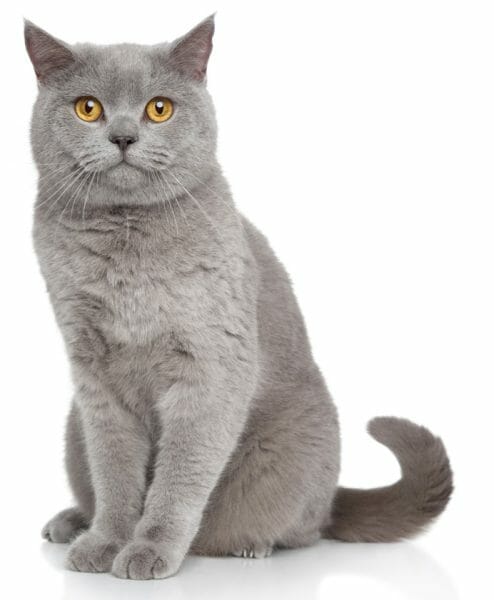 Although typically a healthy breed with few genetic concerns, owners should be aware of the signs and symptoms of some problems affecting the British Shorthair, including obesity, polycystic kidney disease (PKD), hypertrophic cardiomyopathy (HCM), and Hemophilia B.

Hypertrophic Cardiomyopathy (HCM) is a condition that affects the walls of a cat’s heart and causes the muscles in the walls to thicken, making it harder for the heart to pump oxygenated blood to all the other vital organs. This abnormal thickening usually occurs in the left ventricle. The severity of the condition varies, and most cats will not show symptoms until they are middle-aged.

A veterinarian will diagnose HCM using the following methods.

The aim of any treatment is to slow the heart and prevent clot formation. Medications, oxygen therapy, and diuretics may be used to improve heartbeat efficiency. 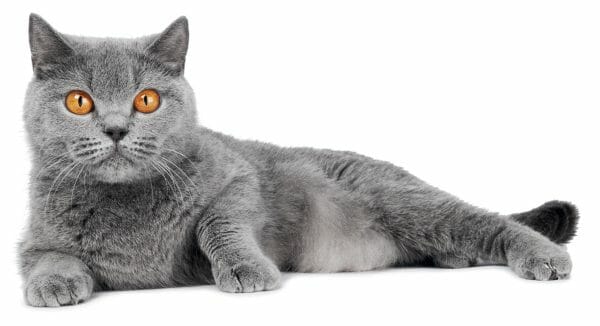 Hemophilia is a rare blood disorder that prevents clotting from occurring. This can lead to excessive bleeding following injury or surgery. It is caused by a deficiency of the protein “factor IX,” which is responsible for blood clotting.

Symptoms of hemophilia include:

The condition has no cure. Owners will need to take preventative steps to reduce the risk of injury and should regularly clean the cat’s teeth to prevent bleeding gums. Antifibrinolytic agents may be administered during surgical procedures to stem the flow of blood.

Although there is no shortage of British Shorthair breeders, it is always best to adopt a cat rather than buy one. Not only are there financial benefits to doing this, but so many cats end up in rescue centers and need a good home. Given their popularity, it is not hard to find British Shorthair cats for adoption. Find a no-kill shelter to adopt from as they will not euthanize a healthy cat.