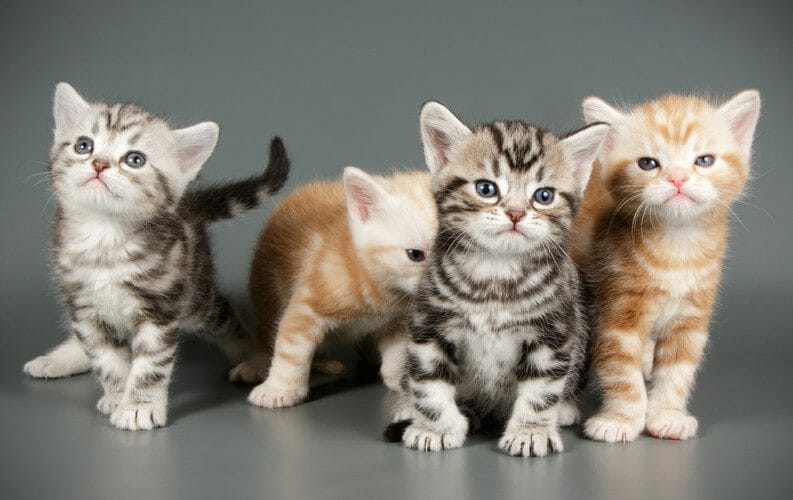 The American Shorthair cat (ASH) has a gentle and adaptable personality. Sociable and easy to train, they get along well with children and other animals. However, when introducing any cat to a child, dog, or another feline, close supervision is recommended.

Given their history as barn cats, the ASH has a strong prey drive and loves to hunt. When allowed outdoors, they often bring back gifts of mice to their owners. To fulfill this feline’s hunting urges, invest in some interactive toys that it can chase and eventually catch.

Although the American Shorthair cat does not demand attention constantly, it does enjoy being in the company of humans. These felines are happy to be held and petted. Not known to be talkative, they communicate effectively using expressions. 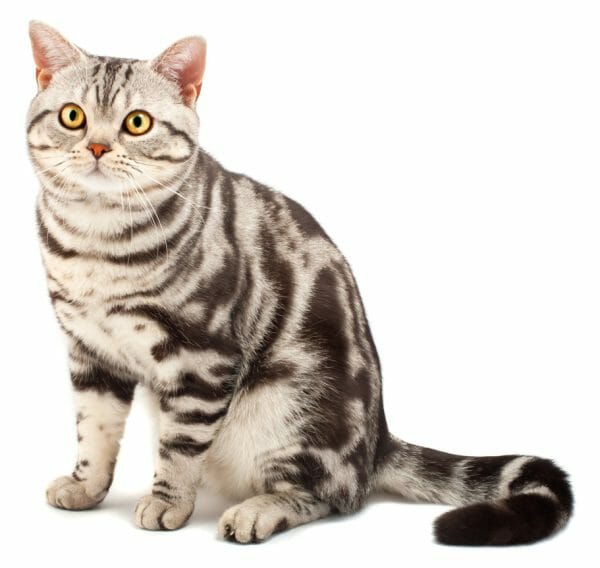 The American Shorthair is a large feline with a powerful and muscular build. The breed standard laid out by the Cat Fanciers Association says that it is a true working cat and low maintenance. Adult males are considerably larger than females, weighing between 11 and 15 pounds. Females typically weigh between 6 and 12 pounds. Maturity is reached at the age of 3 or 4 years of age.

The ASH has a round face and short ears. Eye colors vary as widely as their fur. Their dense coats will usually thicken during the winter months. However, minimal grooming is required. American Shorthair cats come in a wide variety of colors and coat patterns, as listed below.

Early European settlers to North America (such as the Mayflower pilgrims) traveled with cats on their ships to catch rats and mice. These “working cats” made their homes in the New World and adapted to the climate through breeding. An article published in 1634 discusses how domestic shorthairs saved crops from chipmunks and squirrels in New England. Throughout the years, the American Shorthair developed to become a hardy and healthy animal, used to living and working outside. Its thick coat evolved to protect it from the elements.

The first cat show in the United States took place in Madison Square Garden in 1895. The American Shorthair was one of the cats that were exhibited. In 1904, the first recorded selective breeding of an American Shorthair took place. One of its parents was a British Shorthair. Two years later, the Cat Fanciers Association (CFA) recognized the felines as one of its first five founding breeds.

Since then, the American Shorthair has been recognized by all of the North American cat registries. Until 1966, this pedigree breed was simply called the “Domestic Shorthair.” However, it was felt that renaming it would better represent its American origins, set it apart from other short-haired cats, and reinforce the notion that it is a pedigreed cat. Today, the ASH is one of the most popular cat breeds in the United States. 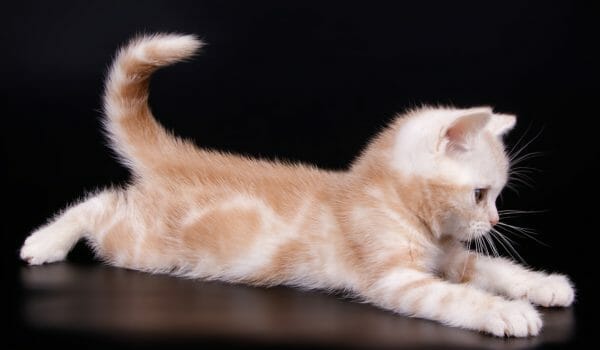 Throughout the centuries of working on farms and ships, the American Shorthair evolved to be a hardy and healthy cat. Although there are very few genetic concerns associated with the breed, owners should still pay attention to potential symptoms of some of the health conditions that are known to affect them. These include hypertrophic cardiomyopathy (HCM), feline urinary tract disease (FLUTD), and hyperthyroidism.

The most common heart condition found in cats is Hypertrophic Cardiomyopathy (HCM). Although not prevalent in the ASH, cases do occur. HCM is a hereditary condition that reputable breeders usually screen for. It causes the walls of the cat’s heart to thicken. This, in turn, makes it harder for the heart to pump oxygenated blood around the body.

The early signs are usually hard to spot as cats are adept at hiding illnesses. Lethargy, rapid breathing, and loss of appetite are all indicators of the condition.

Unfortunately, there is no cure for HCM. Once a cat has been diagnosed through genetic testing and echocardiography, the only option for treatment involves medications that control heart rate and attempt to alleviate lung congestion. The prognosis for cats with HCM varies. Some live long lives where the condition is managed. However, other felines with HCM risk fatal complications such as congestive heart failure or blood clots. 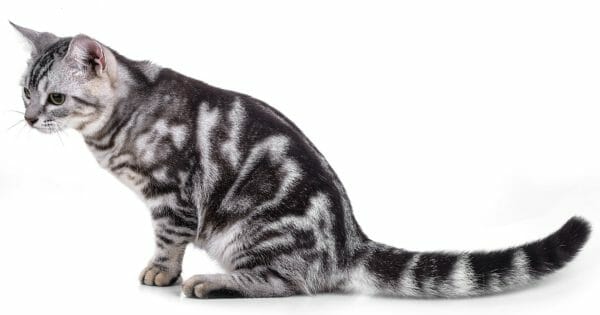 FLUTD refers to any disease that affects the lower urinary tract of the cat, including the urethra and bladder. Sometimes referred to as Pandora Syndrome or Feline Idiopathic Cystitis, potential causes include urinary stones, bacterial infections, birth defects, spinal cord damage, tumors, or obstructions in the urethra. In the case of Idiopathic Cystitis, the cause is unknown.

The first sign of FLUTD may be that the cat strains to urinate or urinates less frequently. A feline with FLUTD may also urinate outside of the litterbox. A veterinarian typically uses urinalysis to diagnose the disease. Treatment usually consists of a course of antibiotics.

The thyroid gland is situated at the front of the cat’s throat and is responsible for the production of thyroxine (or T4). This hormone controls metabolic processes. Benign tumors can develop as a cat reaches middle age, which can lead to an increase in thyroid production. The increased thyroid levels can lead to weight loss and a rapid heart rate. They can also cause blood clots, cardiac issues, and feline kidney failure if left untreated.

Blood tests can be used to measure T4 production to diagnose the condition before a veterinarian removes the tumor and restores balance to thyroid production. 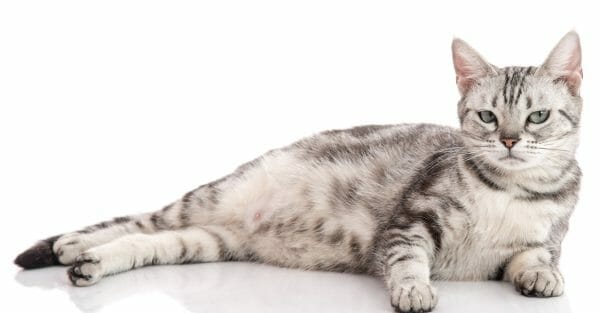 American Shorthairs enjoy a long lifespan of between 15 and 20 years. Factors such as diet, exercise, and environment can all play a role in determining how long it lives. Owners should always take their cats for regular checkups and ensure vaccinations (such as those for rabies and heartworm) are up to date. MeowWiki also recommends the use of flea, tick, and heartworm preventive medications.

Before searching for American Shorthair breeders to buy a cat or kitten from, always consider adoption. As one of the most popular breeds in the United States, ASHs can often be found in rescue centers awaiting new homes. Before adopting, make sure the rehoming shelter has a strict no-kill shelter policy. Centers such as these pledge to never put down a healthy cat.