What is Cat Respiratory Infection?

An upper respiratory infection in cats (or URI) is a much more intimidating name for the common cold—a sickness that even felines get. In nearly all cases, this type of infection can be overcome by the feline’s own immunity or antibiotics. Unless the cat’s immune system is severely compromised, most felines recover completely from URIs.

Both viral and bacterial infections can cause feline respiratory disease, which is yet another name for a URI. It has been found that in more than 90% of upper respiratory infection cases, there are two main viruses that have been identified as factors in the causation of the illness. The calicivirus and the herpesvirus are usually involved in all URIs.

In upper respiratory infections that were caused by bacteria, a vet will normally prescribe an antibiotic (such as amoxicillin) to fight off the infection. For viral infections, however, the cat’s immune system and antibodies are the ones that must fend off the infection. 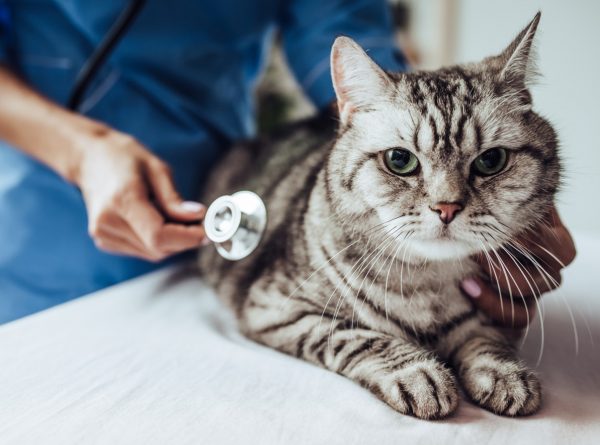 How Do Cats Get URIs?

Cats tend to contract viral or bacterial infections from places such as kennels and shelters. Any place that houses large amounts of cats at once is a suitable breeding environment for URIs. Felines that are unvaccinated have a particularly high chance of contracting the infection.

Saliva and discharge from the eyes or nose can carry the infection from cat to cat. This infectious virus can affect even the healthiest of felines. Some cats, even after they have overcome the illness, remain carriers of it. These felines often can unknowingly infect other cats. In some cases, the cat can carry the disease for years and years. Once a cat has had a URI, it is not uncommon for it to return during times of high anxiety or tension.

It is important that a feline to see a vet if many of these symptoms are occurring together. If the symptoms are worsening or expanding, this is a more crucial reason to see a veterinarian immediately. In some circumstances, the upper respiratory infection can progress to become a much more serious illness, such as a pneumonia. Just as it is with people, this is a potentially deadly illness if left untreated.

A vet will be able to best assess the URI and determine the best course of action. Usually, antibiotics, plenty of water or nutrients, and ample rest is suggested for recovery.

How Long Do URIs Last?

An upper respiratory infection in a cat usually runs its course in about 10 days, but it can be more if the illness hangs on. Like humans, felines prone to sickness can get infections quite frequently. For many felines, infections such as those affecting the upper respiratory region can be an on and off illness that some cats deal with throughout their lives.

In order to diagnose a feline upper respiratory infection, a physical examination is always required. Based on the mere observation of the classic signs and symptoms of a common cold, the vet can usually spot an upper respiratory infection with ease. However, for felines that present the same symptoms over and over again, further diagnosis is needed. The vet will realize that there may be more than meets the eye to the feline’s chronic tendency to get URIs.

Diagnostic Tests for URIs in Cats

In order to determine the core cause of feline respiratory disease, a vet may employ one or more of the following diagnostic tests:

Although a majority of cats dealing with an upper respiratory infection can usually heal on their own or with the help of antibiotics, some will require further testing and attention to address the cause at its root.

As mentioned previously, felines that are being affected by the common cold can usually get over it within a week or so just by resting and being adequately cared for by its owner. It is no surprise that informational articles suggest countless ideas for dealing with URIs at home. Ideas such as placing your pet near a steamy shower, putting it on appetite-stimulating supplements, or purchasing apple cider vinegar for upper respiratory infection in cats are common suggestions on these sites.

Although nothing is necessarily wrong with some of these ideas, home treatment is not recommended for URIs. Some cases of URIs are extremely serious, which is why they are best treated with prescription medication from a certified vet.

Due to the fact that upper respiratory infections in cats are often secondary problems to major health issues (such as cancer, diabetes, FIV, and FeLV), a vet will know best how to address the infection, given the potential complications of a poor immune system. A vet will more than likely start the feline on an antibiotic (such as amoxicillin) in either a pill or liquid form. Convenia—which is given as an injection—may also be prescribed.

In circumstances where the cat upper respiratory infection not responding to antibiotics, either a second dose of the antibiotics or an entirely different antibiotic is needed. In all health-related situations, the cat’s vet will possess the expertise and knowledge of the cat to help treat it in the most beneficial way possible. This is why it is always recommended to see a vet before taking any advice read on the Internet.