Symptoms of Diabetes in Cats

In the past 20 years, cat diabetes has been increasing at an alarming rate. In the span of 9 years, the incidence of diabetes shot up to over 18%. This has led many to question what this condition is and what may be causing its pervasiveness.

When the vital organs of the body experience a deficiency of the required energy needed to operate, this causes significant problems for the feline.  This, put simply, is what occurs when diabetes is at play within the cat’s body. 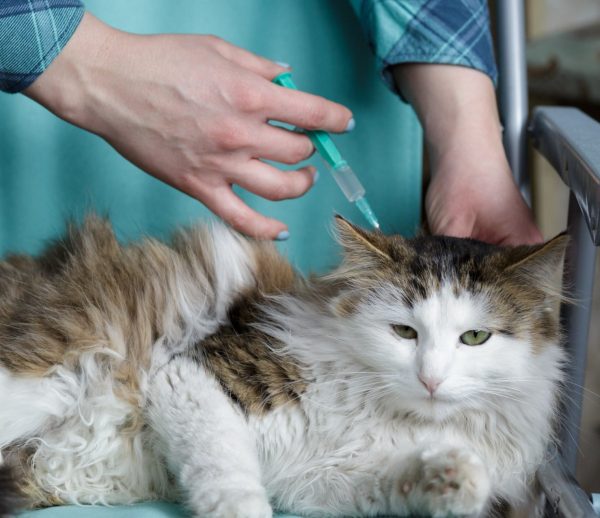 Signs of a Diabetic Feline

It can be quite difficult to distinguish when this disorder is present in a cat due to the symptoms closely resembling those of so many other medical conditions.

For this reason, if any of the following symptoms are seen coinciding at a frequent rate, the cat should be taken to the vet as soon as possible for examination.

These symptoms arise not only due to insufficient energy but also from elevated glucose levels in the body. Since blood sugar is not being distributed efficiently, it begins to build up in the bloodstream, which can cause more issues.

If diabetes is not treated appropriately, it could lead to vision problems, a coma, or death. 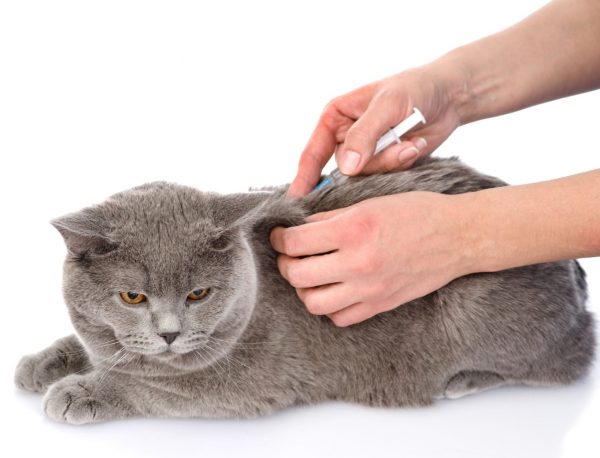 To put it succinctly, this condition, which is also referred to as diabetes mellitus, can be summarized in the following way.

Glucose (blood sugar), the energy source of the cells, is not being absorbed properly in the body. This is due to the hormone insulin failing to delegate adequate amounts of the glucose to the cells which need it.

The pancreas, which is the producer of insulin in the body, is the organ to blame for its inability to supply the hormone sufficiently.

Can Cat Diabetes Go Away?

Technically, diabetes will never fully go away. However, with the diligent effort put forward by both the cat’s owner and its vet, the cat may go into remission of diabetes. In fact, one study has found that up to 90% of diabetic felines can go into remission for the duration of a few months or even years. It is absolutely critical to check the blood glucose level of cats each day, before giving it insulin. If a cat went into remission from diabetes, giving it insulin could be deadly to the feline.

When the cat’s glucose levels have stabilized and have remained stable for more than a month without insulin treatment, the cat is said to be in remission.

Remission is only achieved through a strict, low-carb diet and consistently low blood sugar levels.

Not all cats are capable of remission, but those that reach it can live generally normal lives.

Types of Diabetes in Cats

When the types of feline diabetes are discussed, it is usually in reference to type 1 versus type 2 diabetes, since these are seen predominantly.

Furthermore, type 2 diabetes causes the body to be unable to correctly interact with the insulin and distribute it. In a sense, it becomes insulin-resistant.

Each type of this condition ends up leaving the body deprived of the necessary energy needed to keep the organs running smoothly. 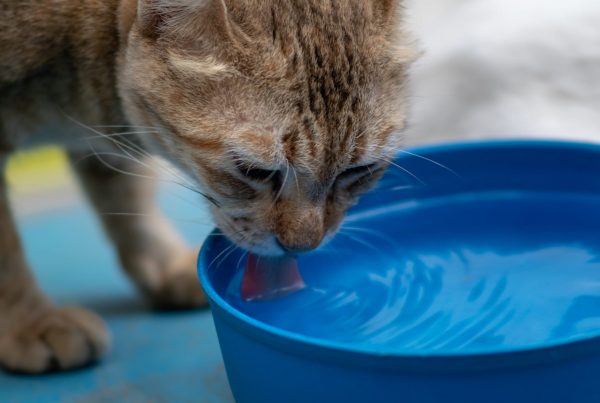 Diabetes insipidus, or DI, is a rare form of the disorder that can potentially afflict cats. In this type, the cat experiences abnormally low levels of vasopressin, a hormone that controls how much water is conserved or released in the body.

Low levels of this hormone cause the body to release too much water, thereby becoming extremely dehydrated.

Because of this, DI is often accompanied by symptoms such as excessive consumption of water and the subsequent urination shortly after.

The most effective treatment is attainable only when the vet and the owner work closely together to aid the feline in achieving the best health possible.

The objectives enumerated below are those that are aimed for in treating this animal:

The combination of a strict diet and consistent administration of insulin therapy can work wonders for a diabetic feline.

Of course, scheduled appointments with the cat’s vet and frequent tests will need to be completed to ensure the cat is on the right track with its current treatment regimen.

What Kind of Insulin Does My Cat Need?

In most cases, any brand of insulin can be a viable option. However, this choice should be discussed with the cat’s vet beforehand.

Prescription medications such as Vetsulin, or over-the-counter insulin therapy like Humulin N, are solid options for felines. Both of these medications are injectable.

How to Prevent Feline Diabetes

Due to the fact this condition has been tied to obesity in cats, keeping a cat fit and healthy may keep diabetes at bay. However, some cases stem from genetics that leaves the feline predisposed to the condition. It is hard to prevent something when the cause is essentially unknown.

To put it briefly, nothing can prevent feline diabetes 100%. However, there are small steps that can reduce its chances of developing it, such as eating healthy food and sufficient exercise.

Due to the body being deprived of glucose, it often turns to use proteins and fats as an energy source. Ketone bodies are a by-product of the body using fat as energy.

Because this is the body’s sole source of energy, this can lead to ketones accumulating in the bloodstream. When this happens, it can lead to an urgent situation known as ketoacidosis.

For this reason, ketone levels must be monitored closely in the body of a diabetic feline.

Can You Cure Diabetes in Cats?

At this point in technology and medical research, diabetes is uncurable in felines. However, with consistent monitoring, treatment, and care, a cat has a good chance of going into remission for many years, which is the best outcome possible.

While it is impossible to predict the life expectancy of a diabetic cat, one that is in remission for long periods of time has the best chance at a high-quality, joyful life. Like humans, there are cat health issues, but that doesn’t mean your cat will have one or any of these conditions. Taking your feline to the vet for a blood glucose test is inexpensive and will help rule out diabetes.